Aqua Biome™ Phytocannabinoids + Omega-3 is a remarkable blend of Omega-3s plus purified hemp extract to synergistically support total body health.*  This potent, unique formula combines the ideal combination of the Omega-3s, DHA:EPA:DPA with USA grown, broad spectrum hemp extract to support the microbiome, mind, and spirit.*  Like all Aqua Biome™ omega-3 fish oils, this product uses the latest science and technology to bring you the best benefits of fish and hemp oils, with none of the usual contaminants.

View the Certificate of Analysis 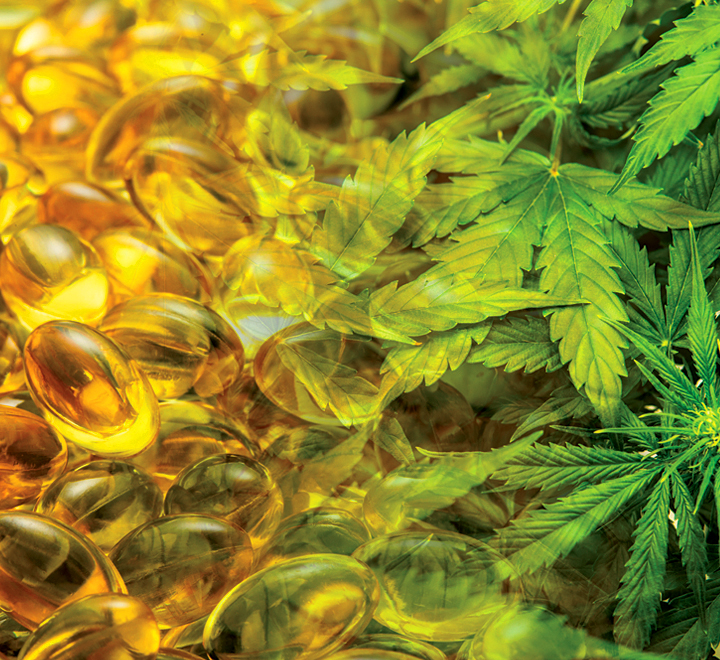 What is the Endocannabinoid System?

What is the Connection between Omega-3s, Phytocannabinoids, and the ECS

Omega 3s: Food For Your Mood

Made of at least 60% fat, our brains are the fattiest organ in our bodies. And for good reason; fats are used in the pathways for neurotransmitter signaling. The Standard American Diet (SAD) is sorely deficient in the Essential Fatty Acids which support optimal brain function. Supplementation of Omega-3 fatty acids, rich in DHA have been shown to benefit sleep, focus and mood for people of all ages.* 7,8,9

What is the Missing Omega and why is it so good?

We refer to DPA as the "Missing Omega" because most fish oils leave it out (as it happens to be very difficult to capture). While DPA may make up the smallest portion of the Aqua Biome™ +Phytocannabinoids blend, its impact is tremendous. Unlike other Omega-3s, it can be converted to either EPA or DHA whenever you need it. In essence, DPA serves as a storage reservoir for both DHA and EPA, and as dietary intake of DPA increases, the tissue levels of both DHA and EPA increase.*

What makes Aqua Biome™ the cleanest, most potent fish oil out there?

We wouldn’t be able to bring you the benefits of DPA, along with creating the purest fish oil out there, without our breakthrough manufacturing process. Through our “Targeted Molecular Enrichment Technology” (TMET), we overcome the disadvantages of other methods in concentrating fish oils, including capturing the all-important DPA. In addition, TMET provides unparalleled removal of lipid peroxides, heavy metals and persistent organic pollutants. This unique process produces what we consider to be the purest fish oil on the planet.

• Testing for over 130 environmental contaminants including dioxins, PCBs, pesticide residues and other toxic compounds.
• Strict measurements of heavy metals including lead, cadmium, arsenic and mercury.